I touched down in Norwich for the first time in a decade on February 21, 2019. From a cheap flight into the UK, I’d boarded a coach to the station on St Stephens. The coach had seemed to have a tongue in its cheek as it silently joined and followed the route of my old school bus, approaching the city. I’d been travelling all day; the journey had started that morning with the closing door of a live-work studio in an enormous (haunted, derelict) Stasi factory in East Berlin that housed artists. I had felt strongly that a Berlin chapter was something every good artist should have. This was a pivotal trip: the next week I played my first ever headline show in London, in a small venue but which had sold out the same day the tickets went up. In Berlin, we’d made an EP/film called TXC, and one single from it, The Don, had alerted BBC Introducing in Norfolk – they wanted an interview. So I was going home.

Needless to say, it was one of the most surreal nights of my life. In the part of the evening that’s bright blue and orange-lit by street lamps, the benches outside Topshop where I’d loitered as a totally aimless teenager were unchanged. I remembered a cute path through the churchyard underneath St Peter Mancroft, and up to the big spaceship of The Forum, where I borrowed and copied all the CDs you could rent (was that illegal? tell me who to hide from). And there I gave Sophie Little one of the most startled-sounding interviews she’s probably ever heard.

My first performances were in this city. Initially, I only used singing to get out of trouble – I’d learnt young that if I was desperate for money and started to sing on Norwich’s streets, I could get it. When I was fifteen, we formed a band that played swing, funk and soul with many, many brass players and I fronted that for weddings and parties and we made more. Hollering Whole Lotta Love at surprised dinner guests, blowing their brains out: the greatest confidence I’ve ever known. Not long after, I left for the bright lights of the big city, lots of cities – New York, Barcelona, Paris, some months in a pub called Albion in Hackney, and then Berlin, collecting all kinds of music from everywhere, working with friends who are musicians, who tend to get everywhere.

The city courted me slowly, for a whole year. First with the BBC Introducing welcome of sugary tea and the wonderful Sophie. Someone showed me a video of Maya Law. Sessions with passionate eccentrics I met afterwards, wandering my old street (St Benedict’s) seeking out Soundclash and Cookes Guitars, pleased to find them. That summer, the BBC put me forward for their stage at Glastonbury and somehow or other I won it. I came back to The Forum again afterwards, to go on the actual news, with actual Sue, interviewing me on the red sofa. I made some more time for a few sunny hours in the Lanes and met more musicians. I noticed the pattern of how it made me feel. In the autumn it got colder and it was Wild Paths Festival; I played two shows and trailed my friends and bandmates around the venues of my home city as they all erupted with music at once. More magical, more surreal, like someone had taken one of my childhood dreams and bewitched it.

In the end, I just ran here. My flat was posted online four minutes after I started looking. I live above the churchyard of St Peter Mancroft and I can see The Forum. Norwich continues to serve signs that I’m in the right place. The plotlines in this city are as old and intricate as Dickens and everything looks like the set of Harry Potter 3. I’ve made my follow-up EP to TXC and it’s called England. Norwich sustains a healthy musician habitat. It made me one and does still. I’m blown away by the talent and passion of those around me. The music industry can give you shellshock, but I trust the people here. It’s a Labour seat. Passions are celebrated and it’s not wrong to be different. There’s music literally everywhere, and money’s not everything. In some ways there will never be enough words for it, but if I had to choose one, I’d call it soul. 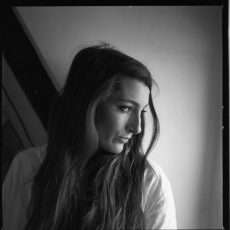