The early months of the year have none of the anticipation or indulgence of their pre-Christmas counterparts. No doubt many Norwich residents are undergoing (or may since have abandoned) the strict self-flagellation that follows festive excess.

January and February are very much the famine to December’s feast but a new exhibition from art collective Em-Re-Un hopes to stir you from hibernation long enough to appreciate the searching works of 8 East-Anglian artists. And once dry January’s over, perhaps even indulge in a mulled cider or two!

As the long nights continue to draw in, the show asks “in the depths of winter what emanates from within? What concepts emerge from the darkness formed and reformed?” ‘Emanate’ is a multidisciplinary mixed media exhibition exploring emergent concepts in a variety of mediums, from painting and drawing, sculpture and new media. In short, there’s something for everyone.

We spoke to the shows curator, Norwich-based artist Sophia Shuvlova, about what Emanate attendees can expect to see.

How would you describe Emanate’s concept?

The idea for Emanate came about when I was discussing with my co-curator, Ben Beuchamp that no one really does shows at this time of year. Traditionally a lot of openings are held in the summer. There’s this big season of it all followed by the excitement of Christmas and New Year and then there’s nothing! I wanted to create a show in the winter to give people a reason to come out. It’s nice to have a bit of light and art in our lives.

Emanate explores the ideas and themes around this time of year. I think the coldest, darkest periods of winter, our concepts can really formulate and emerge. It became a bit of a metaphor for that.

It’s a multi-disciplinary show so we’re showing a variety of work. There’s minimalism to the aesthetic of the work, there’s a gentleness. I was thinking about emanate as particles and energy slowly moving out . It’s all about flow. It’s interesting to see how different artists are approaching the theme in different ways.

One thing that is important to Em-Re-Un is cross disciplinary exploration, which we try and incorporate in every show, usually workshops or incorporating music. For Emanate, we’re using poetry. We have several poets performing alongside the art works on the last day of the exhibition, (February 8th, between 1pm-4pm) which I think adds an extra dimension to the show. It’s interesting to see a collaboration between the two.

With such an array of artistic styles, how do you begin to curate an event like Emanate?

It’s different for every show. The last show we did for example we did a big open submission featuring 30 artists from all over the country. We also did another one called sardines and beer which invited any artist to show their work, they didn’t have to be professional. We had a rule of first come, first hung which removed the curation element completely. It was a beautiful format, featuring a real mish-mash of work, floor to ceiling.

With more traditional curation you have to work with the space. With Emanate, I wanted to go with the space rather than against it. Anteros is a great place to exhibit. It’s a historic site with big wooden windows which let the outside in. You can really use those features to enhance both the space and work. There’s a lot of organic material which you can really play with. I particularly like it because the lighting is especially good for showing 2D works like paintings and drawings, which is the medium I work in.

I started Em-Re-Un in 2016. The name was born out of the prefixes Em, Re and Un and the way I see it is about doing, redoing and undoing which sums up artistic practice. It’s never about the one thing, it’s about a much bigger whole. The artists in this show very much reflect that as we’re showcasing the evolution of different ideas alongside one another. Some artists are linking to environmental ideas, some are examining the human condition. Others connecting to technology. That’s the kind of rich variety that makes for engaging exhibitions.

Why do you feel it’s important to showcase local artists?

Artists are so important because they start a conversation. These works are so much more than a commodity you can buy. Curating shows with -Em-Re-Un isn’t a commercial venture for me, it never has been. It’s always been to celebrate and encourage the arts, to create a platform for discourse. I think it’s really important for individuals but also for the Norwich community as a whole.

We like to showcase emerging artists alongside more established professional artists which can start a nice conversation. The shows we put on are a chance to promote talent locally, to help artists have their work seen and find an audience.

Going forward with Em-Re-Un, we have lots of ideas for the new year. One of the ones I’m particularly interested in is using commercial spaces, like Castle Mall for example. Not only can art and artists bring new life to these spaces, but you’re working with entirely different parameters, such as there being no natural light. I think creating something performance based, or exploring new media could be really amazing. It’s about giving local artists the opportunity to explore their creative practice.

What advice would you give to aspiring artists wanting to show their work?

Contact people! Network, put yourself out there. Attend gallery shows and be active in your artistic community. I really think that’s the best thing you can do because you learn from other artists. You learn from attending shows and it can really get your ideas flowing.

The more you maximise opportunities, the more they will come to you. It can be hard but we’re so lucky in Norwich because there are already established communities of artists, writers and musicians. It’s a really exciting place to be because any given week there are things going on. There are places where you can go and be part of a creative scene.

A Norwich University of the Arts alumni, Sophia is an artist, art curator and art educator. You can find a link to her courses here.

For more information about the exhibition at Anteros Arts Foundation, visit the event page here. 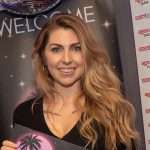 Erin Heenan
A Northerner ensnared in the East, Erin is longtime lover and resident of Norwich.
PrevPreviousCodebar Norwich: Free monthly meetup to help under-represented groups get into tech
NextExhibition: An Illustrated Alphabet by Sally Barratt at the Assembly HouseNext