Skip to content
Welcome to Norwich: A fine silk-producing city
Norwich may be world famous for its shawls and shoes but is it time to start celebrating the city’s silk-making past?

In the 14th Century Philippa Queen of Edward III invited her ‘Good and Trew’ Flemish weavers to come in crowds to England; many of them came to Norwich. As a result Norwich prospered and became the second city of the realm.

The inventories taken by William de Swyneflete (Archdeacon of Norwich) in 1368 record a great wealth of locally made silk vestments and high altar palls were owned by the 46 churches of Norwich which were audited at that time.

By the 16th Century the fortunes of both London and Norwich had drastically changed, pestilence, fire and rebellion had ravaged Norwich. Barely a remnant of the staple trades had survived.

In 1565 the Duke of Norfolk obtained permission from Queen Elizabeth to receive 30 Dutchmen from Flanders who were master weavers. By 1585 there were three groups of weavers working once more in Norwich.

They were known as The Strangers.

A set of elaborate rules were issued in 1571 to regulate and oversee the trade of the textiles which the Strangers produced. This included an inspection and grading by a sealer of every piece of  textile which was made, the grader then added a grading seal. There were similar inspections and quality controls for dying processes. Financial penalties would be levied on makers of textiles considered to be substandard. This stringent quality control process meant that textiles from Norwich were famous and also expensive for many hundreds of years.

In 1575 Queen Elizabeth wrote that The Strangers had; rectified decayed housing,that their work was held in esteem throughout the realm, they paid their way and begged of no man, sustained their own poor people, feared God and diligently went about their work.

Weavers from Ypres in France joined the Flemish weavers in Norwich and settled in the South East of the city, Martineau Lane is named after them.

By 1725 Norwich was the capital of a large and fruitful province, it was the chief seat of the chief manufacturing of the realm. At around this time an eminent weaver of Norwich claimed that 120,000 workers were employed in the Norwich textile industry.

Punishments for those seeking to embezzle textiles and were common. John Minns of St Margarets and the wife of Robert Fox of St. Peter Mountergate were whipped in Norwich Market Place for this crime.

Buyers from all parts of the world purchased textiles from Norwich and by the late 18th Century the total exports of all types from England totalled £14,000,000 of which £1,000,000 were generated from Norwich produced textiles.

An advert in the Norwich Mercury of 1729 announces the arrival of a parcel of Bombazines (Fabrics of locally woven silk and Worstead wool) and Imported Bengal silks on sale by Mr John Scottow of Norwich, boasting of prices cheaper than can be bought in London.

By 1760 the powerful English textile makers conspired with Colonial powers in India to cut off the fingers of the highly skilled Bengali weavers and to smash their looms to halt the competition from the lower priced textiles produced there. This action led to the complete collapse of the economy of Bengal. English textile producing companies established warehouses in India to procure the raw silk.

Records of just one of the many Norwich weaving companies owned by Joseph Grout and his brother George owned numerous mills and factories in the county alongside silk warehouses in India they Employed over 3000 people.

The textile producers of Norwich increased the variety of textiles which they produced and their wealth grew using the raw materials from India to create textiles.

The grade 2, 17th Century listed building called the Silk House located at Cow Hill in the Norwich Lanes is a lasting legacy to the silk trade of the city. 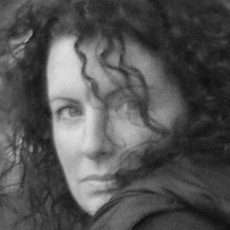