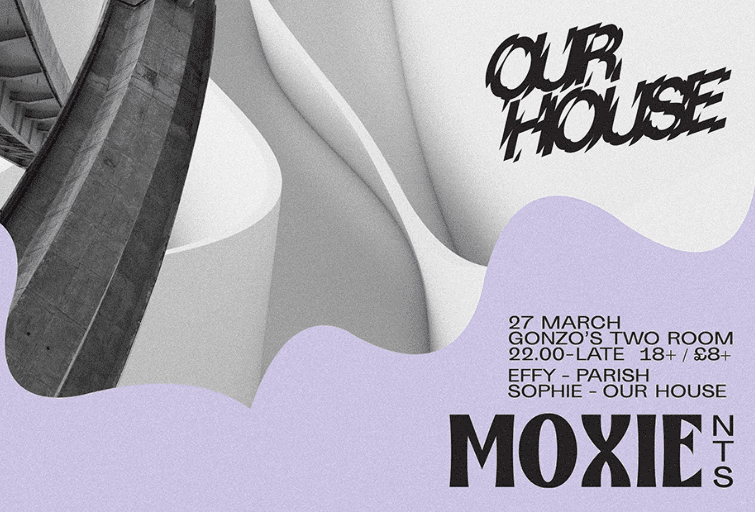 Moxie’s broad and ambitious selections have seen her play prime slots at venues and festivals such as Panorama Bar, De School, Fabric, Glastonbury, Love International and many more.

Part of the NTS family since day dot, she has held her weekly Wednesday show since the stations first broadcasts and is one of, if not the most, listened to show on the station. Past guests Include Jeff Mills, Roza Terenzi, Laurent Garnier, Or:la, Fort Romeau, Kerri Chandler, Danny Daze, Leon Vynehall, Gene on Earth,, Dan Shake, Four Tet & many more.