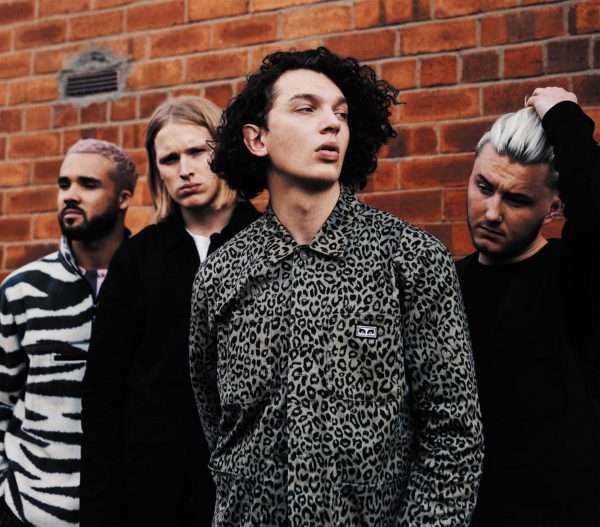 Following on from a breakthrough 2018 that saw Larkins make their mark on the UK new music scene, the Manchester-based four-piece are gearing up for a loud 2019. Born and raised in Glossop, Josh (vocals) and Dom (guitar and synths) began playing music together at school. The band started to blossom when they started studying at college together, sneaking into the college studio after hours to record what they had written in English class. Henry (bass and synths) and Joe (drums) later joined the band, bringing variety with their funk and rock influences and Larkins were finally able to create a sound that they had pictured in their heads.

Larkins toured extensively in 2018, including a headline tour to thousands of new fans across the UK and Europe. The band’s rise is evident in their upcoming headline hometown show at Manchester’s Albert Hall in March, before selling out Dingwalls in London in June. Already with support from the likes of BBC Radio 1, Radio X, and Zane Lowe flooding in, it’s clear that Larkins are embracing their status as one of the most exciting and in-demand bands to have emerged from Manchester in recent years.

Since the release of their independent debut EP in 2016, Larkins’ atmospheric and hook-filled brand of indie pop has seen them develop a fervent fan base and move from strength-to-strength, especially within the chaos and theatre of their live shows. 2019 has seen this stratospheric rise reach new levels, with the releases of ‘TV Dream’ and ‘Sugar Sweet’ really acting as a statement of intent from a band who are just getting warmed up.