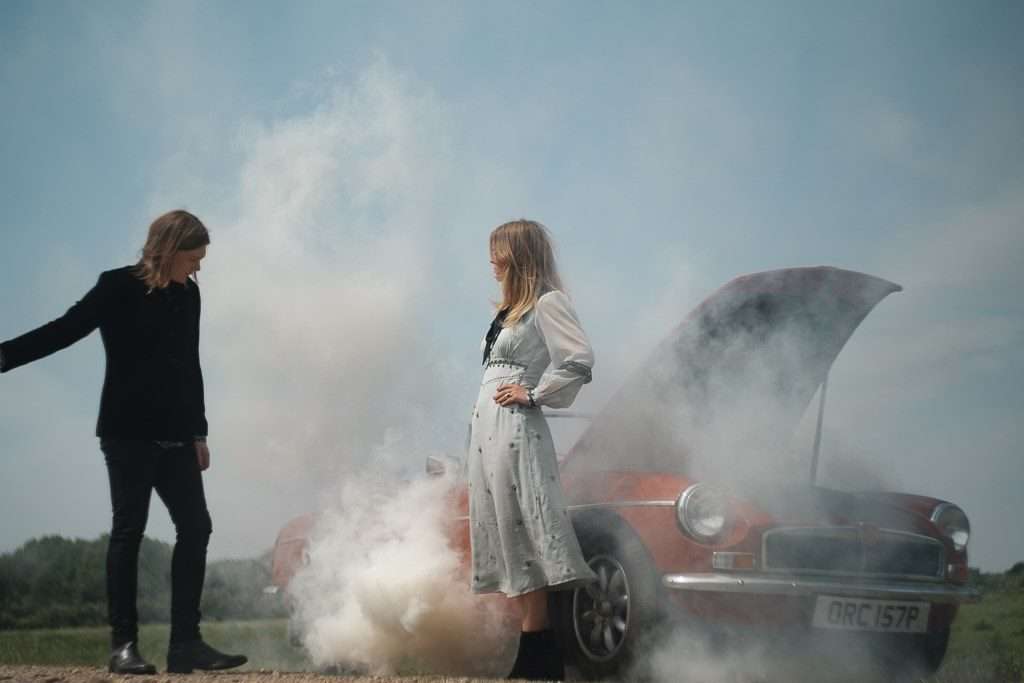 2019 has been a hugely successful year for Chris and Steph, the extremely talented duo that are Ida Mae. As well as releasing their debut album in June, Ida Mae have played 80 US shows and 35 UK/EU shows supporting the likes of Josh Ritter, Greta Van Fleet, Alison Krauss, Nikki Lane and Willie Nelson to name a few. Their success on the road made it possible to go on a headline tour less than 6 months after the album release, a remarkable feat for a British Band launching in UK and US simultaneously.

The duo last week released their sombre new track, ‘Baby I Need a Driver’, which is available exclusively on Amazon Music as part of their ‘Produced By’ series. The stunning track is produced by T-Bone Burnett.

Blending elements of vintage Delta blues and gritty rock and roll with boldly modern arrangements and fearless punk swagger, ‘Chasing Lights’ captures Ida Mae in its purest form. From the pulsating ‘Higher Than Light’ to the Beat poet-inspired ‘My Girl Is A Heartbreak’, ‘Chasing Lights’ is an impressive eclectic debut produced by the legendary Ethan Jones. Singing together, the couple have an unusual ‘which-is-which’ dynamic.

As well as being nominated for Americana Music UK’s ‘Album of the Year’, ‘Chasing Lights’ reached #1 on the Itunes Singer/Songwriter Album Charts and #8 on Billboard’s Americana/Folk Album sales. With a ton of shows planned for next year and new music in the works, 2020 is set to look even brighter for the pair.

Ida Mae’s phenomenal debut album, ‘Chasing Lights’ is out now on Thirty Tigers and has been nominated for Americana Music UK’s ‘Album of the Year’ award. Listen to the album HERE. Whilst on the road, Ida Mae also recorded a live EP – ‘Live In Memphis’ will be released on 24th January 2020.