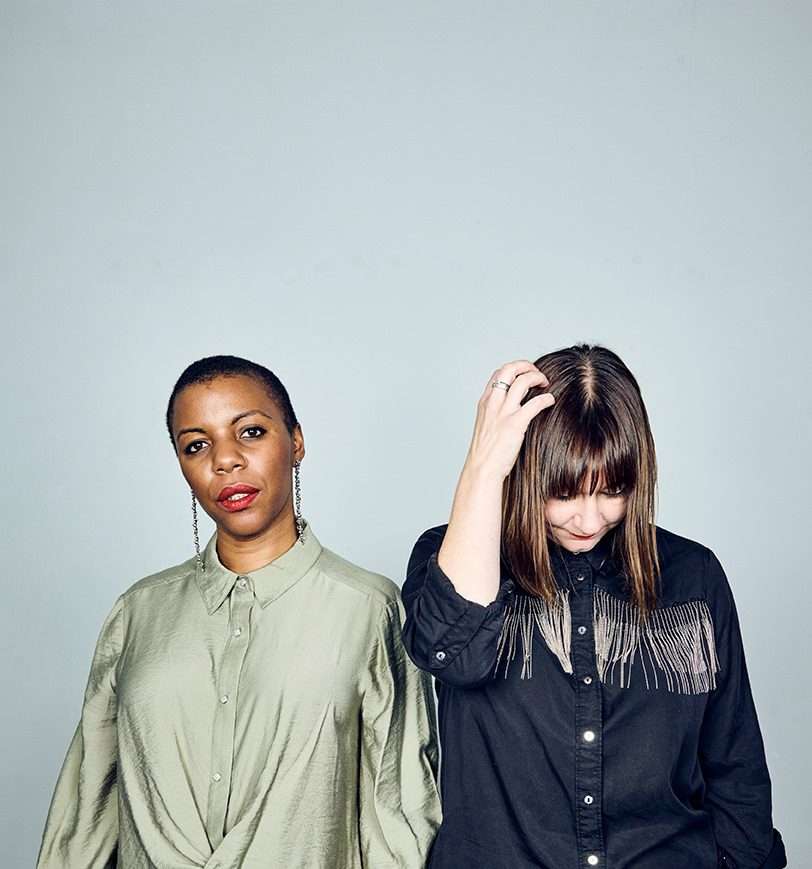 Sink Ya Teeth have announced details of the release of their second album, ‘Two’, on Friday 28th February 2020 on Hey Buffalo Records.

With ‘Two’ Sink Ya Teeth want to beckon in another Summer of Love. Where their self-titled debut album, released in June 2018, channelled the carefree vibes of New York’s Danceteria and Paradise Garage circa 1983, the follow-up continues in this vein but delves deeper into their world.

A world where melancholia and deep house make perfect bedfellows. Of late 70s post-punk and euphoric disco. Of rubbery staccato bass-lines and vocals that swing between sweet menace and deadpan indifference.

Maria Uzor and Gemma Cullingford formed Sink Ya Teeth 3 years ago in a pub in the flatlands of Norfolk, and write and record all their music in their living rooms. The duo take themes of self-medication (‘The Vaccine’), problematic neighbours (‘Stella’), and unity in the face of current division (‘The Hot House’) and set them to a pumping 4/4 beat. It’s dark disco, sure, but it’s OK to dance in the dark.

The past year since the release of their debut has seen them unexpectedly headline European festival Pohoda to a crowd of 30,000 after Lykke Li pulled out at the last minute, embark on tours in the UK and France, and record sessions for KEXP in France and BBC sessions at Maida Vale.

The pair have garnered fans in Steve Lamacq & Amy Lame (BBC 6 Music – their debut was Amy’s pick for ‘Album of the Year’ and they recorded a session for Steve in July 2018), James Lavelle (UNKLE), A Certain Ratio (who they have regularly played alongside) and their first album was reviewed favourably by The Guardian, Pitchfork, Q, Electronic Sound and Loud & Quiet.