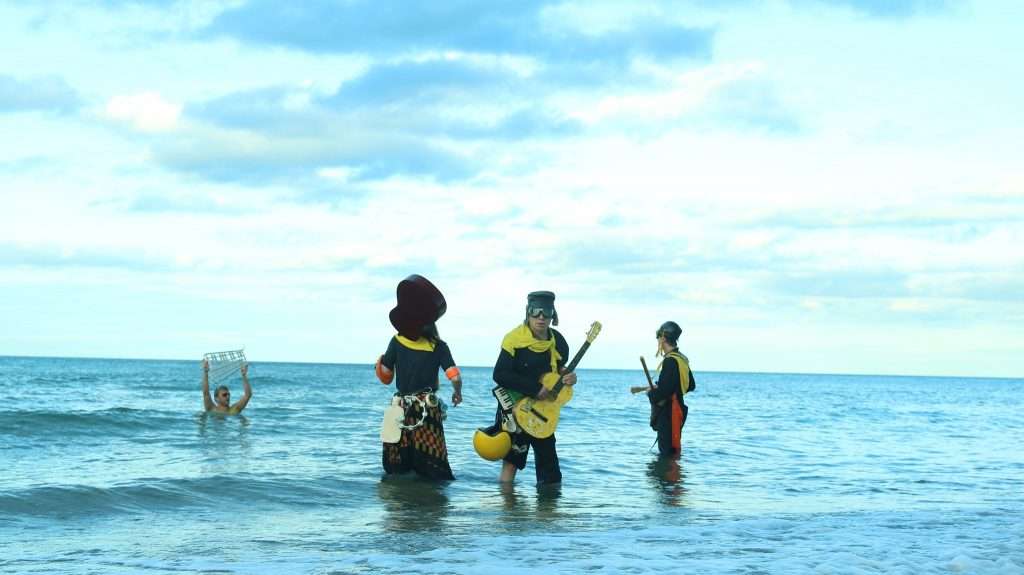 Art-rock mavericks The Neutrinos have over 100 sell-out London Royal Festival Hall shows under their belts with their critically acclaimed KlangHaus show. Now they return to the NAC stage alongside long-term stable-mates Birds of Hell. These musicians have co-existed and championed each other for over two decades and finally get to share a stage.

Hailed as ‘total game changers‘ by the Guardian and ‘truly outstanding’ by The Daily Telegraph, The Neutrinos will be celebrating the preview release of their new single Pulse Addict. This is set for 2020 release, but limited edition 12” vinyl copies will be exclusively available at the show. Renowned for their musical and visual experimentation, every Neutrinos gig is a one off event and this will be no exception.

It’s been a busy year for Birds of Hell, releasing their debut album and the single Do I Get To Ride On A Unicorn? with it’s epic video of pagan spirit animals dancing under the moonlight. Whilst touring UK they’ve also managed to write new material that they’ll be premiering at this gig.

‘Weird beyond the call of duty’ – Jon Tye, Lo Recordings

As well as two separate energy-fuelled sets to unsettle and rouse, the bands will be sparking off each other and sharing songs specially written together for this show. You might even get to join in…

The Neutrinos ‘If David Lynch had a band….‘ KlangHaus audience member,